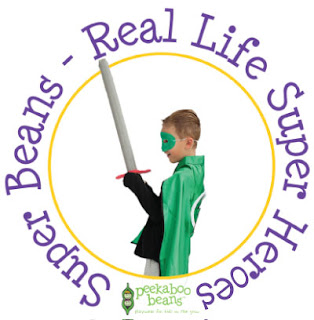 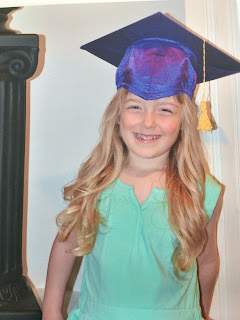 I was only 6 months pregnant on Thursday August 13th, 2009 when I went for my regular doctor check-up.  I told my husband not to come as it was a routine check-up so he didn't need to leave work, I was wrong.  The doctor found that I had Protein Induced Hypertension and our little girl was underweight, I needed to go to the hospital right away and be admitted for close monitoring. I called my husband and he came immediately.

I saw the specialist, Dr. Butt, a few days later (she had been on vacation) for a special ultrasound and it was discovered that along with the high protein and our little girl being underweight, there were times of absent flow in the umbilical cord.  Dr. Butt was very blunt and said that I had to stay on strict bed rest and see her everyday because once she saw "reverse flow' as she called it, I would need an emergency section as the baby would go still born very quickly.  That had to be one of the scariest moments I thought in my life.  I made my husband stay with me every night, I was so scared and wanted him by my side.  For the next month I was closely monitored and I was even transferred to a different hospital for a few days when Dr. Butt went on vacation.

On the morning of September 9th, 2009 I was wheeled to Dr. Butt's office for my usual ultrasound, but during the ultrasound Dr. Butt was sure she saw a slight period of "reverse flow". She sent me back to my room and said be prepared.  Two hours later she checked again and sure enough she saw the "reverse flow" and had me immediately taken to the OR. My husband and I had a hard time grasping everything that was happening.  All I could think was I am only 27 weeks and she is underweight. Everything was a blur. We were so scared. Then at 3:53 pm we heard the most beautiful sound, our 1 lb 7 oz baby girl crying. Everyone was shocked because they did not expect her to come out so alert. The first 24 hours she did great, she was only on CPAP and doing well. 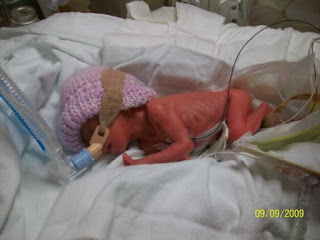 However, after about 24 hours everything took a turn for the worse and she quickly had to learn to be a fighter.  She developed double pneumonia and double pneumothorax and needed to be put on life support with a chest tube.  We couldn't see her for hours while the nurses and doctors worked on her.  Once we were finally able to see her, it was very scary seeing all the tubes connected to her, helping to keep our baby girl alive.  The next 9 days were rough as we watched the machines keep her alive.  The hardest part was having to go home every night and not being able to take her home.  On September 19th they removed the life support, but still required CPAP but she was showing improvements.  We had to be very careful with her and sterile as an infection could kill her.  She spent 3 months in the NICU gaining weight and strength and not being dependent on oxygen.  On the day of discharge we were so happy but nervous and scared, as she wasn't a typical baby going home.  We were told to keep her out of public places because if she caught anything in her lungs she would probably not survive it.  So we sheltered her a lot, but were happy to have our baby home.  It was rough though.  For the first 2 months, anytime she had a bottle (breast milk never came in) she would choke at times and stop breathing and start to turn blue - so we would have to pat her on the back and stimulate her to snap out of it.

Just when we thought things were good.  We discovered through appointments that she needed physio therapy as she was very stiff.  Over a two year span she responded well to it and eventually was discharged.  However, she required extensive work with OT and Speech.  At the age of 2 all she said was mom and dad and we were concerned along with the doctor.  She spent 2 1/2 years with extensive OT and Speech combined visits working on language and vocabulary skills. She was finally discharged earlier this year.  Her paediatrician calls her a miracle baby and I truly believe she is.

This year, our little girl, who started out at 1 lb & 7 oz and has had to fight to get where she is, started Kindergarten.  She is on par with all children her age and you would never know that she struggled so much for the first 4 years of her life.  She is a very happy child and as parents we are thrilled with the little girl she has turned out to be!

So glad everything worked out for beautiful little Emma! Love stories that give hope like this!!

So glad everything worked out for beautiful little Emma! Love stories that give hope like this!!

Emma was a beautiful baby, and now she is a beautiful girl. Such a Sweet Story. Go Emma Go, we are all cheering for you. 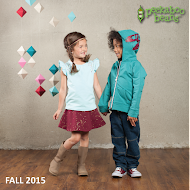 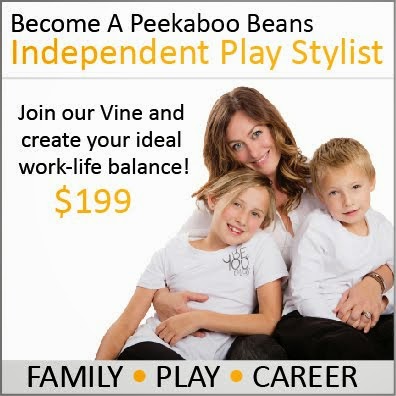 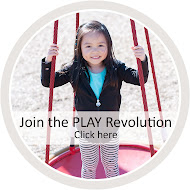 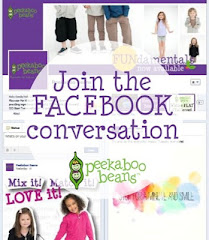 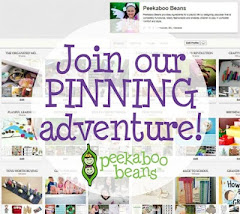 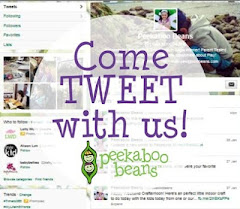 Be in the PB catalogue!

be the first to know

"play gives children a chance to practice what they are learning... they have to play with what they know to be true in order to find out more, and then they can use what they learn in new forms of play." - Mr. Rodgers -